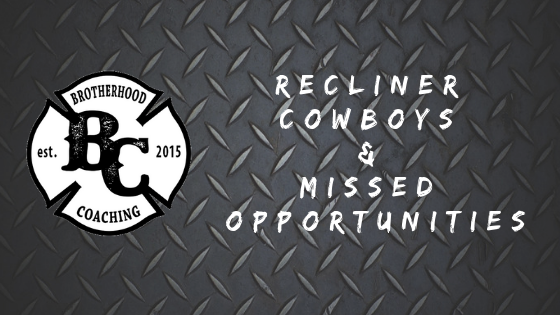 We’ve had an exciting week at my firehouse over the last week.

A chief let me know about some acquired structures we had access to. So on our facility day, where we went to pull some lines and work on some search inside the building. I found out later I to go there without letting him know first….oops sorry chief.

Anyways after the training, one of the guys new to my crew started getting into the drills. He later thanked me for putting it together.

The next shift we caught a first due kitchen fire in an apartment on the second floor. We take a crew photo back at the firehouse. For those of you who saw it on my facebook page, my Nozzleman had the biggest smile on his face.

He got to do the job he signed up for and trains for.
comparable to a football player on game day. A spec ops soldier on a mission.

He even came in yesterday ready for round 2.

Well early this morning we got called to a neighboring department for a 3rd alarm warehouse fire. We sat in staging for awhile and my guys vented that they were tired of waiting and wanted to work. “We’re workers Capt, let us work”.

We got called into the scene and helped with some mop up of some hot spots.

So why have I shared this with you?

Our happiness comes from doing WORK WORK we signed up for.
Wether its training to do our job or actually doing our job.

The more we can practice our craft and actually do something, the more satisfaction we will have.

Anyways, be afraid to get your crew to get out there and sweat a little bit. Its actually just what MORALE needs.